Creating the Perfect Place Instead of Finding It

It is not uncommon that first time buyers who are buying a home or condo want at least two bathrooms. This makes sense, especially when they are living with a partner or have people over often.  However, suppose they cannot afford to buy a property with two bathrooms, what can they do?

I had clients who were a nice couple who were determined to buy a property with two bathrooms but it soon became apparent that it was out of their price range since they wanted a view, too.  They made an offer on a condo in Corona Heights only to lose it to someone who went substantially over asking – a common story these days. In their frustration, they almost stopped looking.  But then I recalled a view condo they had seen which had everything they wanted except it had only one bathroom so they had passed on it.  It had actually gone off the market.

I called the listing agent and asked him if there was room for a second bathroom.  He told me that as a matter of fact, a contractor had been through the condo and thought that a bathroom could be installed in an area in the living room where a large built-in cabinet was located. I called my clients and suggested we go back and take a look.  Before we went back, I showed them a bathroom I had installed in a wide hallway in my condo.  Seeing my bathroom gave them an idea of how much space was needed for a full bath. We brought a contractor in who measured the space and who said that he could install a full bathroom there.  They made an offer on the condo and after they closed, they installed a beautiful modern full bath.  Now, they have the perfect place that they were looking for and they increased the value of their condo substantially by adding a second bath.  Being aware when you are looking at properties of the potential to add items you want that may not already be included is an important way to find a property that you can make your perfect home.

Merry Christmas From Our Home to Yours! 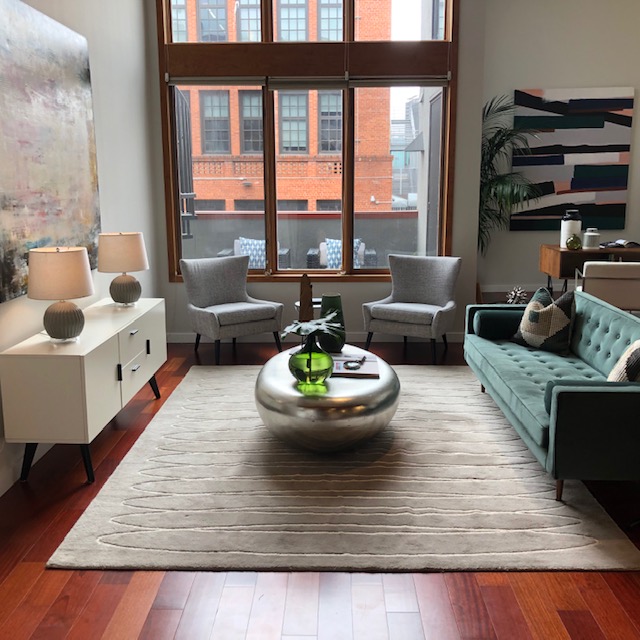 With Fewer Properties on the Market As We Head Into July, There Are Still Some Great Opportunities!