The market in San Francisco has been moving quickly over the last six months. An example of this can be found in the Central Richmond neighborhood of the city. Six siblings who still owned their family home after their parents had passed decided it was time to let go and sell it. While this was not an easy decision for them, they felt they needed to move forward. I came into the process as they were in the middle of construction. They had decided to do a complete renovation of the three bedroom home, turning it into a four bedroom home and adding a bath to create a master suite upstairs.  While this was a big project for four siblings to take on, in the end, it was worth it.

When we first met in February and discussed what I thought their property was worth, I estimated that based on comparable properties which had recently sold, it would probably sell for between $1.3 and $1.4 million dollars.  Their hope was that it would sell for $1.5 million, but in February, the comparable properties were not selling for this amount.  Fast forward to April when I analyzed the value again before bringing it on the market in May. After reviewing recent sold properties and discussing the market value with colleagues to whom I showed the property, I advised my clients that the property might now sell between $1.5 and $1.6 million dollars. I assured them that it was very likely they would at least reach their goal price of $1.5 million dollars, much to their surprise and delight. Right before the offer date a very similar home with a unit below closed for $1.6 million dollars. Three days later, my clients’ home received 14 offers, the majority around $1.4 million dollars but three at $1.6 million and above.  It closed at $1,675,000 on June 3rd for more than 20% over the original February estimate.

This is just one personal example of how quickly the market moved the first half of the year. There are many more stories in the city. The interesting thing about this is that it did not happen in one of the “hotter” neighborhoods, like Noe Valley. Now, it’s happening in what has been a traditionally nice but less sought after neighborhood. Now the Central Richmond is hot. 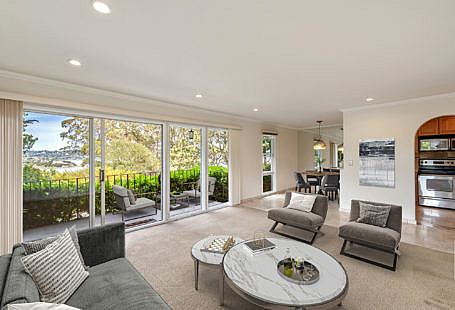 No Holiday Slowdown in the SF Market!